Some of the highlights of the Norwich Cathedral Quarter 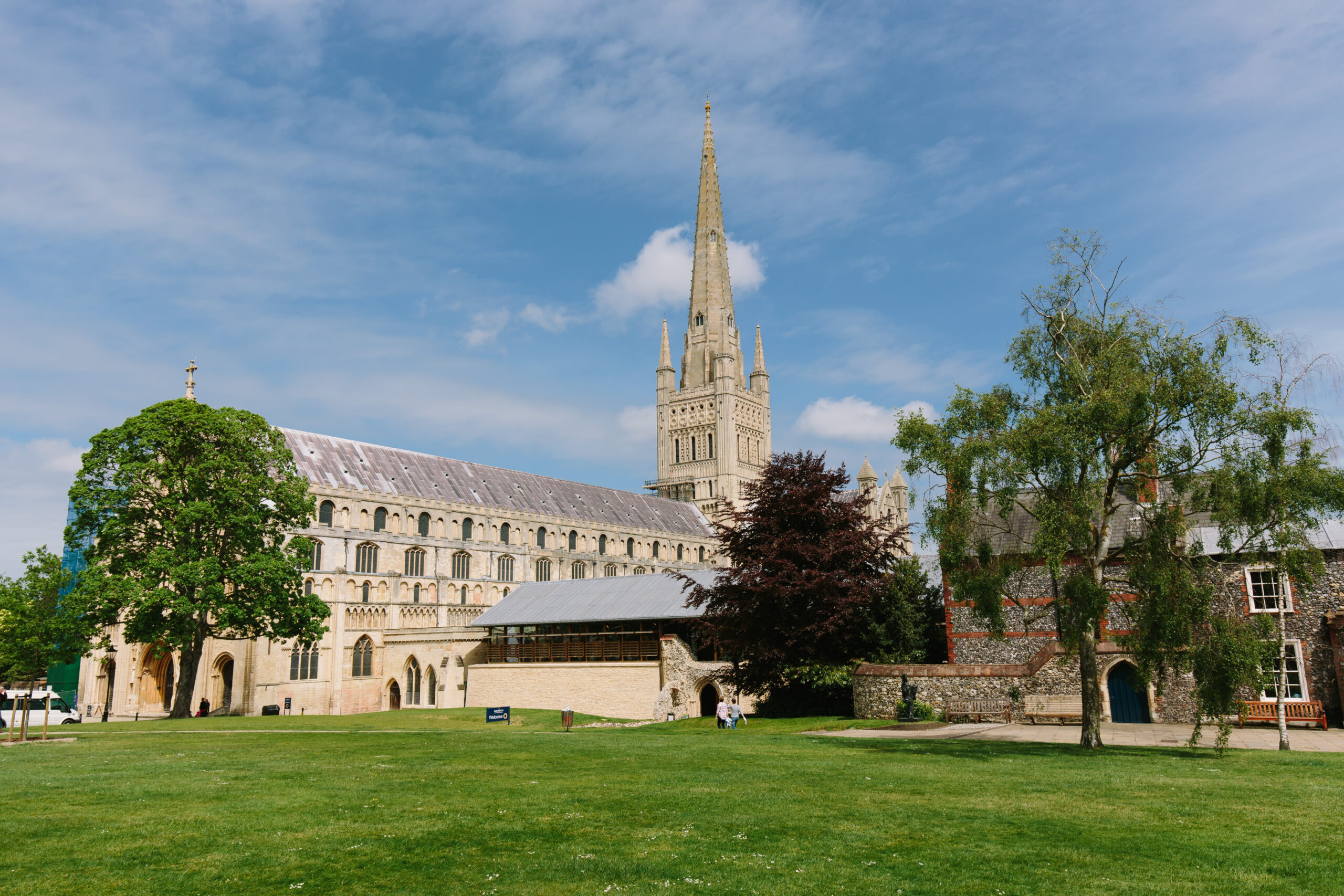 Norwich Cathedral is one of the finest Norman buildings in the UK. Founded as a Benedictine monastery in the 1090s by the first Norman Bishop of Norwich, Herbert de Losinga, the Cathedral church has been a house of prayer for more than 900 years. Highlights include the amazing bosses under the Nave roof, which illustrate key events in the Bible, along with vast Norman arches, pillars and chapels. 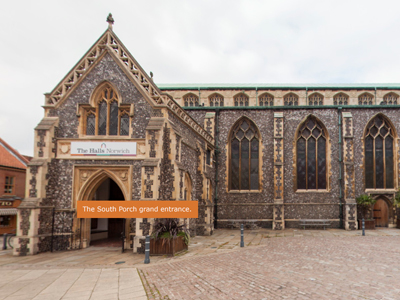 The Halls is the vast 14th century church of a former Dominican Friary, purchased by the city from King Henry VIII at the time of the Dissolution of the Monasteries. It was bought to be a venue for large meetings and events and still performs that function to this day, with a programme of activities including concerts, collectors fairs and the annual Norwich Beer Festival. The Halls is the largest surviving complex of friary buildings in the UK. www.thehallsnorwich.com 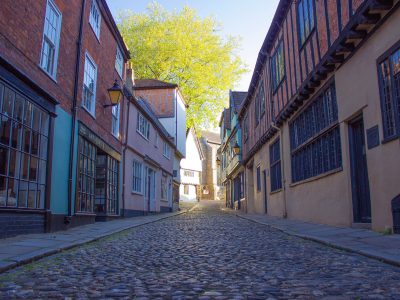 Elm Hill is one of Norwich’s most picturesque streets and his home to a great selection of independent shops. A series of terrible fires ripped through the street in 1507, with only one building surviving, the fabulous Britons Arms, which dates from the 14th century and has been a popular tearoom since the early 1950s. The rest of Elm Hill mainly dates from the 16th and 17th centuries. 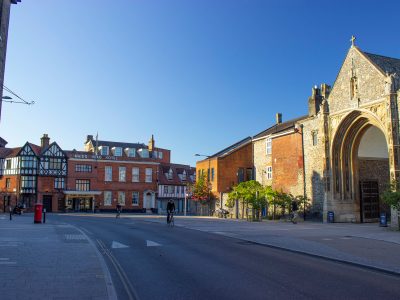 Tombland is Norwich’s original Market Place, established by the Danes, who settled on the north side of the River Wensum at the end of the 10th century. The Normans moved the Market Place in the 1070s to where it sits today below City Hall. Tombland has always been an important area of the city and has a wonderful collection of historic buildings, plus a superb selection of cafe bars and restaurants and specialist shops like Tombland Books and Milly J Shoes. 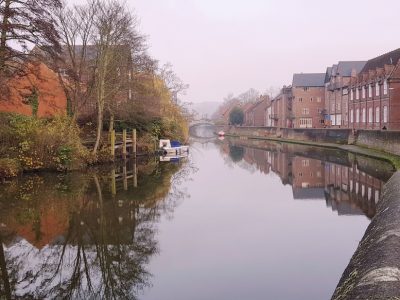 Wensum means winding in old English and the River Wensum certainly winds around the city. The best way to enjoy it is to take the riverside walk from the Quayside to Pull’s Ferry returning to Tombland through the Cathedral Close, or hire a canoe from Pub and Paddle and get on the water. The Quayside is the city’s original port and was well used by the Danes from the late 10th century, as they established Norwich as an important trading centre. 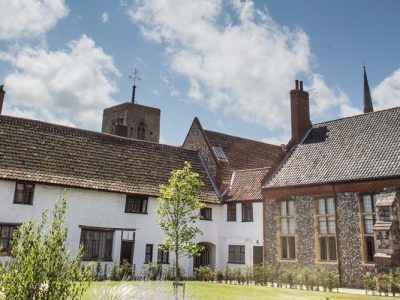 The Great Hospital was a religious foundation, established by Bishop Walter de Suffield in 1249 for ‘sick paupers and decrepit priests’. The Hospital survived the Dissolution of the Monasteries and today it offers sheltered housing for Norwich residents. Wonderful medieval survivals include the cloisters, which are the smallest in the UK and the late 14th century painted ceiling in the chancel of the church, which was converted into the women’s ward. 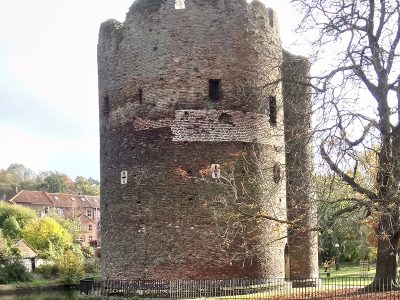 Cow Tower is a late 14th century artillery tower, built to defend a large bend in the river. The city walls, constructed in the late 13th and early 14th century covered 2.5 miles, but on the East and most of the North of the city, the river was deemed to provide sufficient cover, except for Cow Tower, the gatehouse on Bishop’s Bridge and the boom towers at Carrow, which managed ships coming into Norwich. 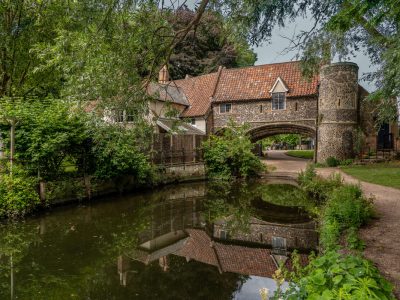 Pull’s Ferry was the monastery’s water gate and dates from the 15th century. The Normans built a canal from Pull’s Ferry to the edge of the Lower Close to carry the stone they had shipped from Caen, as near to the monastery building site as possible. The canal was filled in towards the end of the 18th century. Pull’s Ferry is named after John Pull, who ran the ferry across the river from 1796 to 1841. The ferry ceased operating in 1943.